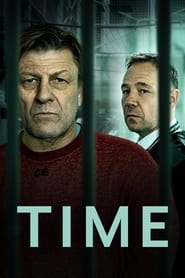 A prisoner consumed by guilt, an officer with an impossible choice. What does it take to survive? A tense story of punishment and principles, starring Sean Bean and Stephen Graham.

Time Soap2Day - worthy of all the time spent watching it, the storyline is so unpredictable that it would be nice to revisit individual episodes again.

Masterfully thought out plot details, give out the Jimmy McGovern signature style, he set an incredibly high creative bar in this series.

BBC has released another series, which becomes more and more interesting from season to season, the storyline without flaws and understatement.

David Calder, Hannah Walters, James Nelson-Joyce, Kevin Harvey, Nabil Elouahabi, Nadine Marshall, Natalie Gavin, Sean Bean, Stephen Graham, Sue Johnston brought the series to the rank of the best in its genre, they were able to pass through themselves the pain and joy of such complex and ambiguous characters.